A long playing record was also included in the FBTO box. Elektra Records produced and manufactured this recording. Jac Holzman, of Elektra Records appreciated Ram Dass a great deal. The album label has a special thanks to Elektra Records for producing the album without charge. An Elektra Records Discography website reports “about 200 copies were pressed up by Elektra…” I have not been able to confirm this number. In fact with 10,000 box sets distributed, it would seem that many albums were made at no charge for Ram Dass. The biggest type on the record label says “This Record Is Not For Sale.” There was also another record on the Elektra Label with the same number, it was a sampler of the group Bread.

side 1:
1) Rhagupati Raghava Raja Ram:
Ram Dass and Sarada chanting with a tambura one of Ghandi’s most beloved chants. This version of Ragupati is very meditative sounding.

2) Elohim
Ram Dass and Sarada chanting 4 mantras with a tambura.

5) I am the Great Sun – Charles Causley

Charles Causley was born and has lived, apart from six years in the Royal Navy during the Second World War, in Launceston, Cornwall. In 1990 he was awarded the Ingersol/TS Eliot Award, given to authors “of abiding importance whose work affirms the moral principles of western civilisation”. This poem appears in Collected Poems, published by Macmillan. Who is the reader of the poem?

2) Aditya Hrudayam Punyam Sarva Shatru Vinaashanam All evil vanishes from life for him who keeps the sun in his heart. 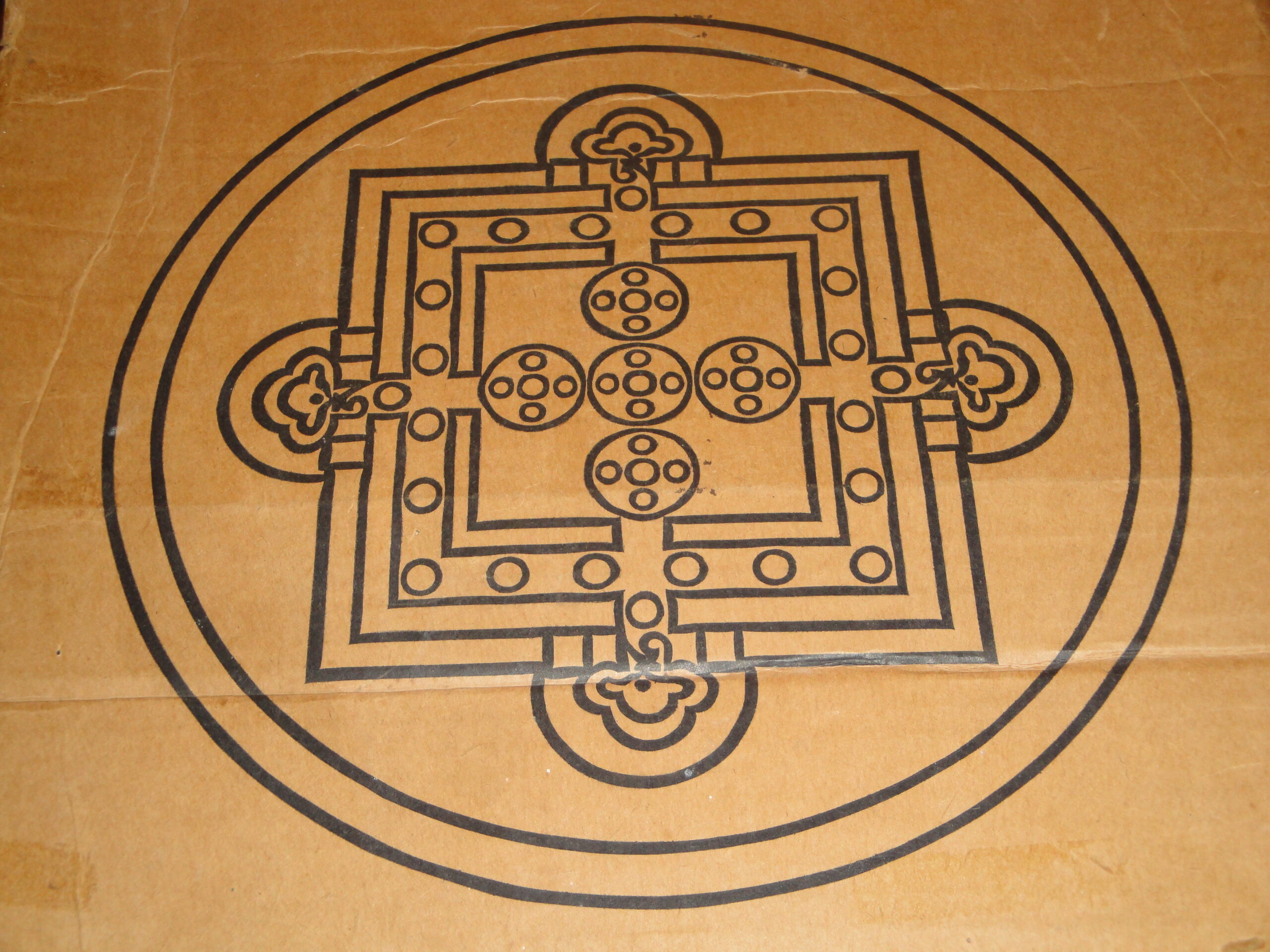 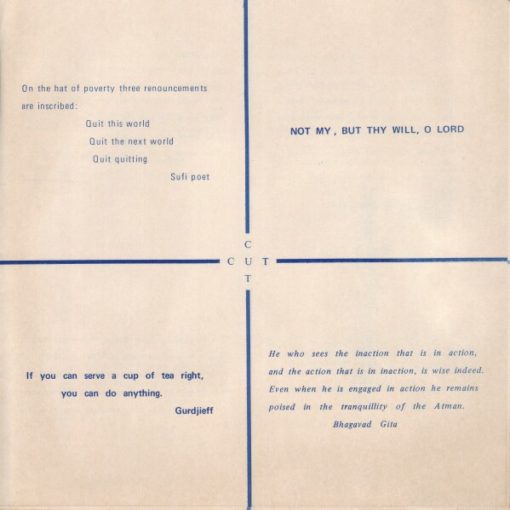 3 pages with 16 quotes to a page. Instructions to cut right on them. The idea was people could put these meaningful sayings, around their home or altars. 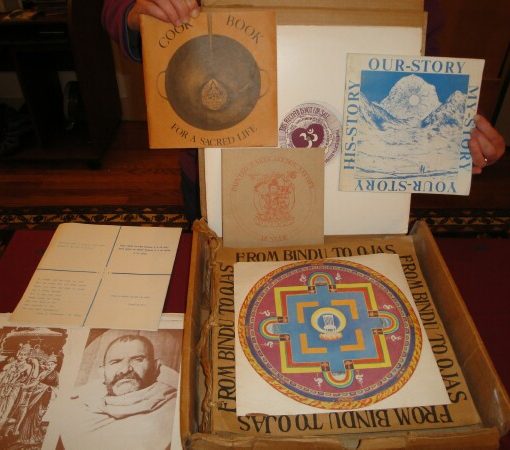 The story of the origins of the From Bindu to Ojas Box set. 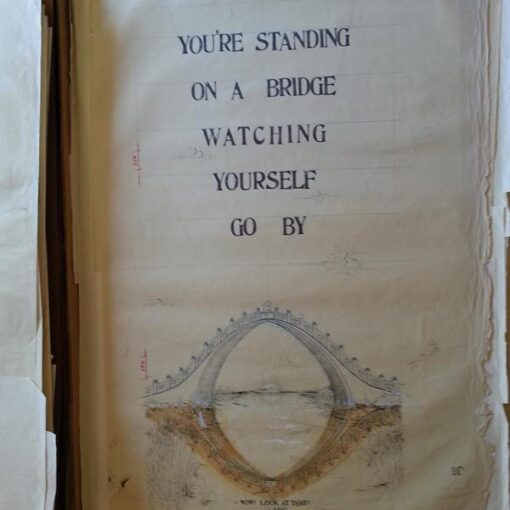 The second part, brown pages of Be Here Now.